The Marine Stations Network (MARS) was established in 1995 as a forum for bringing together directors of marine stations throughout Europe. Many of the marine stations have a long history going back to the 19th century when there was a vision for a network of connected institutes (hence the name ‘stations’, as in stations on a train network) who could collaborate in addressing fundamental research questions and pressing environmental issues. These marine stations are exceptionally well located for coastal and offshore research and are also responsible for maintaining some of the world’s longest biological and environmental time-series, which provide valuable insight into long-term changes in marine environmental conditions. Most of the marine stations have also developed successful education and training programmes in addition to state of the art research facilities.

Despite the success of the marine stations model over the years and the fact that many of them are today on the cutting edge of scientific research and technological innovation, some marine stations are struggling to find sustainable funding models in the face of increasing competition for resources and some have closed down altogether. The huge growth in the amount of marine research undertaken (including at universities and other institutes) and the consequent increase in marine expertise, knowledge and data has also resulted in increased specialisation and, to some degree, a fragmentation of the marine community and this too presents a challenge in presenting a common voice in representing the marine laboratories.

The MARS network seeks to address these issues by providing a forum for the directors of marine stations and institutes to come together and discuss issues relevant to the whole community in a collaborative and neutral manner. MARS also provides an important avenue to feed into European and international marine policy related to marine research funding and broader strategic issues and, most importantly, highlights and promotes the importance of marine stations and institutes at a time when our seas and oceans are under more pressure than ever before.

Although the core of MARS is the pan European network of marine research institutes and stations, MARS is also developing into a more internationally focused network and continues to work towards the development of the World Association of Marine Stations (WAMS).

In addition to organising the Director’s meetings, MARS also uses its funding to support the organisation of symposia, workshops, capacity building and training and to provide travel bursaries to support the mobility of early career scientist of MARS Member institutes.

Finally, MARS has an ethos of low membership fees in order to encourage as wide a membership as possible. For information on current members and how to become part of MARS, please visit the membership page. 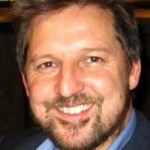