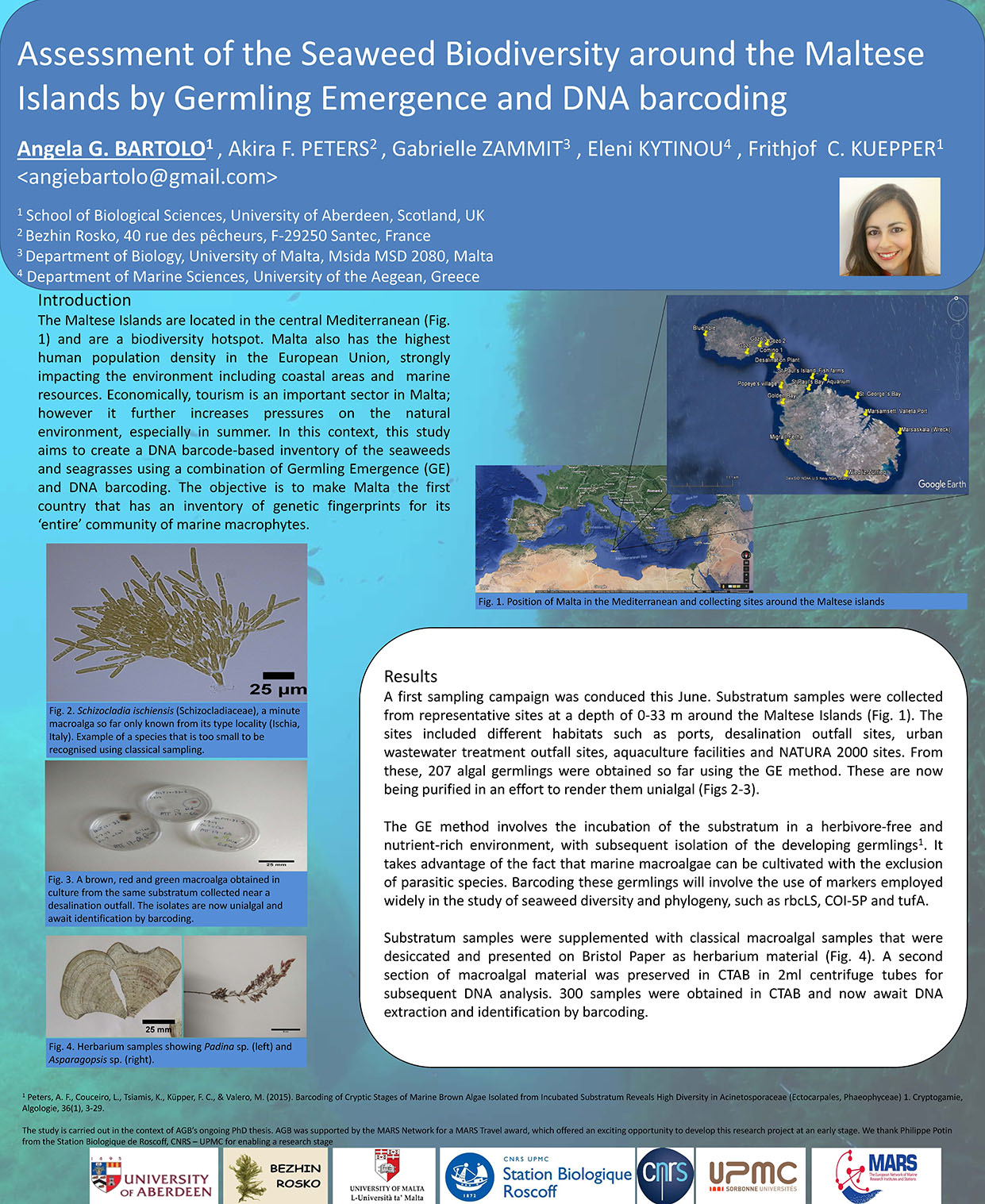 This study, starting in 2017, aims to determine the marine macroalgal diversity of Malta, situated in the centre of the Mediterranean Sea, by combining germling emergence (GE) with DNA barcoding of individual isolates. GE includes the incubation of the substratum in a herbivore-free and nutrient-rich environment, with subsequent isolation into unialgal culture of germlings developing from microscopic stages. It takes advantage of the fact that marine macroalgae are cultivable except for parasitic species. For comprehensive sampling, substratum was collected from representative spots around the Maltese Islands (Malta, Gozo and Comino), from the surface down to 40m depth. The sites included different habitats such as ports, desalination outfall sites, urban waste water treatment outfall sites, aquaculture facilities and NATURA 2000 sites. Isolates from substratum were supplemented with classical macroalgal field samples. Unialgal isolates were obtained at the Station Biologique de Roscoff thanks to a MARS (The European Network of Marine Research Institutes and Stations) Travel Award. Barcoding will use markers employed widely in the study of seaweed diversity and phylogeny, such as rbcLS, COI-5P, tufA. GE has been shown to reveal the cryptic macroalgal diversity in marine bioregions around the globe and is particularly suitable for habitats where access is limited, such as deep diving sites. Our study will likely increase the knowledge of macroalgae of Malta since GE has the potential to identify new records, which would have been missed out during previous studies restricted to macroscopic field samples. We expect to assess the flora as comprehensively as possible (approaching the “entire” diversity), which will make Malta the first country to achieve an inventory of its marine macrophyte flora underpinned by sequence data. The study will also allow identification of the proportion of Mediterranean, Atlantic and Red Sea origin.